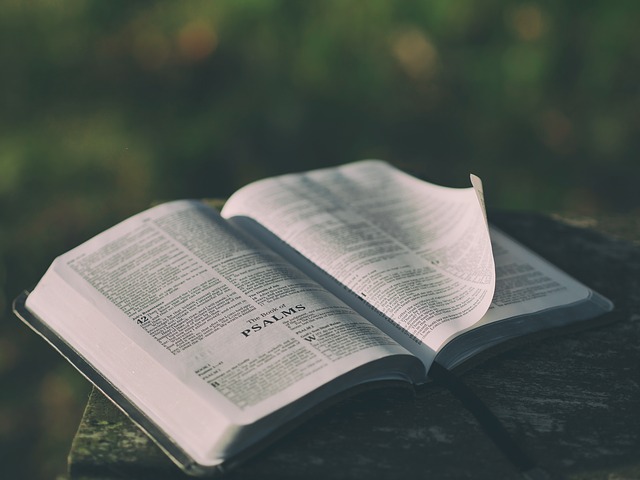 Editor’s note: this was originally published at the North American Anglican blog on February 3, 2016.

Since I was a child, the psalms have been a part of my devotional life. My mother read us a psalm and chapter of Proverbs every day before school. When I was old enough to do my devotions privately, I continued the practice. In my sophomore year of high school, I wrote a pop/rock setting to the sixth psalm, the first of numerous adaptations of liturgy and psalmody that I would put to music over the next decade or so.

When I rediscovered the Book of Common Prayer during my graduate studies, I immediately saw the benefit of incorporating the psalms into my prayer life. As I gradually worked my way up to using Cranmer’s 30-day psalm cycle, the regular repetition of the psalms opened up a wealth of Scriptural beauty and truth to a degree that had not occurred in many years of regular bible reading alone. This was especially true when I began to sing the psalms to traditional plainchant settings several years ago. There has been no greater boon to my Christian walk than regular singing of the psalms in the context of daily prayer.

One of the earliest benefits I experienced was a greater connection to the whole of the biblical story in general and to God’s people in particular. When singing the psalms, I came to realize that I was singing our family story. In singing our story, I was continuing to participate in that very story as an adopted member of Israel “grafted in” by virtue of the sacrifice of Israel’s Messiah (Rom. 11).

A favorite preacher of mine once taught that learning to pray “I” while meaning “us” and learning to pray “us” while meaning “I” is a key to incorporating the psalms into Christian devotional life. I found this to be magnified when I began to sing the psalms monthly. The entire range of human emotional experience is documented in the psalms in such a way that turns those emotions back to God. When singing the psalms regularly, I have found that my experiences are usually mirrored in the text within a day or so of experiencing them. Similarly, when I am praying for others, I find that the experiences for which I am praying are usually mirrored just as often. Singing the psalms allows me to pray in a sympathetic way as well as find biblical sympathy in my prayers.

While these benefits are necessarily subjective and personal to my experiences, I have noticed that friends, family, and parishioners who take up the discipline of regular psalm singing have expressed similar sentiments. There are, however, some objective spiritual benefits that can be seen based on examples from Scripture and Church history.

The Biblical Mandate and Historic Examples

The New Testament contains more quotations and allusions to the psalms than to any other Old Testament book. Most often, these quotations and allusions are in the context of messianic prophesies about Jesus. This is one aspect of the psalms that can easily be missed by modern Christians. To the early Church, however, the psalms were a primary source of Old Testament information about Christ. In fact, many monastic communities would sit when singing the psalms, indicating that they saw them as primarily as teaching rather than praise, which is traditionally sung standing. To these communities, the psalms’ teaching was first and foremost messianic in nature. As I have learned to seek messianic significance in the psalms, I have found that the psalms do indeed help me to know Our Lord Jesus better. In fact, one of my favorite exercises is to look at any given psalm and see what it has to teach me about Jesus’ life, ministry, and person, especially when those things seem most hidden.

In addition to messianic prophecies, the New Testament sees the psalms as a valuable aspect of Christian worship. While the New Testament has very few specific commands about what Christian worship should include, one of those commands is to sing psalms. St. Paul admonishes the Corinthians that psalms are part of orderly, edifying worship (1 Cor. 14:26). He tells the Ephesians that part of walking “in the Spirit” includes the use of the psalms (Eph. 5:19). To the Colossians, he says that worship with the psalms is part of the admonishment that comes from the word of Christ dwelling in his people (Col. 3:16). St. James writes that singing of psalms is a proper response to being “merry” as a Christian (Jas. 5:13). And these passages are over-and-above the numerous verses in the psalms themselves that mandate praise, thanksgiving, and other aspects of worship.

Among Christians of later generations in both the East and West, the primary use of the psalms was in monastic communities. In Western monasticism, there was never a standardized cycle of psalm use, though the primary singing method was plainchant from at least the 6th Century on. Some communities would sing through the psalter each day. Some would sing through the psalter weekly. Others were more sporadic, favoring certain psalms and relatively ignoring others. The monastic tradition of praying the Hours developed around the psalm cycles.

During the Reformation, the use of the psalms by the laity was emphasized by all of the Reformers. John Calvin, for example, recommended metrical psalmody rather than hymns as a way to teach the psalms to the laity. Martin Luther recommended the daily use of the psalter and shorter catechism as a way of keeping the basics of the faith front-and-center in one’s devotional life. As noted above, Thomas Cranmer incorporated a monthly psalm cycle as part of the daily prayer for the English Church.

Some Tips for Classically-Minded Anglicans

In the Anglican Tradition, there are three historic ways that the psalms have been sung in daily prayer and in worship. Depending on one’s musical background, each of these can be incorporated to one extent or another, both on the congregational level, and on the individual or family level. Even for those with less musical skill, learning a handful of tunes from any of these three methods can help in using the bible’s own hymnal in devotions and worship.

Arguably, the oldest method for singing the Psalms that has been common among Anglicans is the ancient and medieval plainchant or plainsong psalm tones. As noted above, the use of plainsong psalmody originated in the monasteries, which were very common and influential in the English Church in the centuries prior to the Reformation. Originally sung in Latin, their use in English to the Coverdale Psalter found in the Book of Common Prayer was revived in the 19th Century. The basic technique involves nine standard melodies (each with several minor variations) that use the full text of the psalms. The main body of each half verse is sung to a single note, with endings at the half verse and full verse that each consist of a few notes that cover the last few syllables of the text. The first verse also begins with two or three notes to set the melody. The musical range is typically small, and is easily adapted for men’s voices, women’s voices or for mixed voices. Traditionally, plainchant uses its own notation, but some plainsong collections (such as those found in the 1940 and 1982 hymnals) have adapted the tones to modern Western musical notation.

While some of the earlier plainsong psalters are in public domain and can be found in digital scanned copies online, the most widely-used plainsong psalters of the past have unfortunately fallen out of print. Among currently available versions, the best is arguably the St. Dunstan’s Plainsong Psalter by Lancelot Andrewes Press. It uses the Coverdale Psalter, essentially as found in the American 1928 Book of Common Prayer, in traditional plainchant notation. In addition to the psalter it has the canticles and an order for the Daily Offices. Despite being published for “Western-Rite” Orthodox use, it has wide use among Anglicans. In fact, St. Dunstan’s is my preferred resource for singing the psalms and the Daily Office.

In order to foster congregational singing, organs and well-trained choirs were introduced in cathedrals and other prominent churches in the years following the Reformation. Anglican Chant developed in the early years of the Reformation as a way of adapting the principles of plainchant to four-part choral harmony and organ. Numerous tunes have been written for Anglican Chant over the last few centuries, but the basic principles have been constant: the first half of the verse is sung to a single musical chord, with chordal changes for the last three emphasized syllables. The second half begins on another reciting chord, with changes for the last five emphasized syllables. Anglican Chant settings can be found in both the 1940 and 1982 Episcopal Hymnals, as well as in Church of England resources. As such, over the last few decades it has not been unheard of to find Anglican Chant in even the smallest Anglican parishes that have traditional choirs. One of the best Anglican Chant psalters currently in print is The Anglican Psalter edited by John Stott, which includes some of the most popular Anglican Chant settings by several composers.

Metrical psalmody refers to translations or paraphrases of the psalms that are designed to function as lyrics for common song rhythms. For the first several generations after the Reformation, the typical English parish (that could not afford an organ and professional choir) used metrical psalms both for the singing of the psalms and in lieu of hymns. Metrical psalmody was so common in this period that several editions of the Prayer Book were bound with the more popular metrical psalters.

Typically metrical psalters do not include the musical tune, but rather indicate the meter, or rhythmic pattern, of the psalm, leaving the user to find a hymn tune with corresponding meter. For example, many metrical psalters prominently feature “common meter,” in which each verse or stanza is made up of four lines that consist of eight syllables, six syllables, eight syllables, and six syllables (notated as “8686” or “CM” in hymnal indices). Hymns such as “Amazing Grace,” “O For a Thousand Tongues to Sing,” and “Our God, our Help in Ages Past” are in common meter.

While the most popular metrical psalters used by early Anglicans are out of print, the Church of Scotland’s Psalms of David in Metre from 1650 is still readily available from a variety of sources, and is still used by various Presbyterian groups today. Indeed, the 1650 Scottish Psalter was arguably the most faithful translation to the Hebrew text among the early metrical psalters in English. For those wanting to use metrical psalters in their devotions or parishes, appropriate tunes can be found by searching the meter index of any worthwhile hymnal, including the Episcopal Hymnals from 1940 and 1982, for the whatever meter is indicated in the given metrical psalm.

Meant to be Sung

When all is said and done, the important thing is to sing the psalms, regardless of the method one chooses. King David, the Apostles, and the Church throughout history would be quite perplexed at mere recitation; the psalms are meant to be sung. Omission of the psalms would be out of the question for our fathers in the faith. As Anglicans, we are blessed to be part of a tradition that has made psalmody an integral part of worship. Singing the psalms is biblical, historical, and a significant spiritual boon. May we regain this rich aspect of our Faith’s heritage.