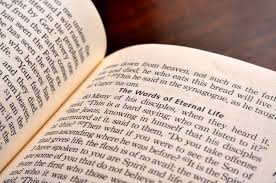 Today is the “Sunday Next Before Advent,” which is often informally called “Stir Up Sunday” in Anglican circles. The most obvious reason for this is today’s Collect, which begins with the phrase, “Stir up, we beseech thee, O Lord, the wills of thy faithful people.” But in England and some of her former colonies, it was also a reminder to prepare and stir the Christmas pudding! English Christmas puddings must be prepared several weeks before eating, so the Collect was a useful cultural mnemonic. Though the traditional pudding preparation has declined somewhat, and England has become a very secular nation, I guarantee newspapers and blogs over in the motherland will run little articles about Stir Up Sunday and the religious roots of the custom.

I don’t know about you, but I love how so much of Western Civilization has Christianity lingering in its cultural memory. The Anglican tradition developed with the assumption of Christendom, much like the Imperial Church of the Patristic period at the end of the Roman Empire. The English Church, as an Established Church, historically saw itself as the soul of the nation. At times, this led to the clergy being little more than civil servants. But it also gave us periods of general piety, where the Gospel was being proclaimed and heard by most everyone.

Even in the American expression of the Anglican tradition, where there was no Establishment, Episcopalians historically have had a much larger representation among those who ran the country, despite always being a demographic minority. George Washington, for example, was a devout Anglican, and later Episcopalian, his entire life.

With our history of Christendom, it can be difficult at times to remember that there is always a sense of being in a kind of Babylonian Exile for God’s people. This present earth is not our home, even when we have good Christian rulers and a generally Christian society.

Our “For the Epistle” passage this week is from the Book of the Prophet Jeremiah in the Old Testament. Jeremiah understood both sides of this coin very well. At the beginning of his ministry, he was the prophetic voice crying out against the establishment of Judah. Judah had an “established Church” in the Temple system, set up by God himself. But it had become a corrupt kingdom, where idolatry was rampant, and God’s judgement was eminent. Jeremiah was tasked by the Lord to warn God’s people of that judgement and call them to repent. Many of the people responded with apathy or even anger at Jeremiah, especially when he prophesied that the Temple would be destroyed. “God wouldn’t tear down his own house,” they said. “It doesn’t matter what we do.” When the Babylonians came, they found out that Jeremiah was indeed right. The Temple was destroyed, and God’s people were kicked out of the Promised Land.

Later in his ministry, Jeremiah was preaching among those exiles in Babylon. He told them that God would keep them in exile for 70 years; they should get used to it. In Jeremiah 29, he writes to the people:

Thus says the LORD of hosts, the God of Israel, to all the exiles whom I have sent into exile from Jerusalem to Babylon: Build houses and live in them; plant gardens and eat their produce. Take wives and have sons and daughters; take wives for your sons, and give your daughters in marriage, that they may bear sons and daughters; multiply there, and do not decrease. But seek the welfare of the city where I have sent you into exile. and pray to the LORD on its behalf, for in its welfare you will find your welfare (4-7).

At its best, this Babylon (both literal Babylon and figurative Babylon) will be a place where God’s people flourish a aliens under a generally benevolent regime. At its worst, Babylon is a place of persecution, where pagan powers of this world seek to snuff out God’s people. We see both of these extremes in the book of Daniel, where Nebuchadnezzar favors Daniel and his friends. Until, that is, their worship of God conflicts with his agenda. Then he builds a fiery furnace.

This is what we are promised in our “For the Epistle” reading from Jeremiah 23:5 (page 225 in your Prayer Book):

Behold, the days are coming, declares the LORD, when I will raise up for David a righteous Branch, and he shall reign as king and deal wisely, and shall execute justice and righteousness in the land.

This is, of course, a Messianic Prophecy, an Old Testament passage that foretells our Lord Jesus. Jesus is the heir of David, the promised King, who would fulfill all the promises God made to Israel, David, and by extension, us. Not only will he reign, but he will “deal wisely.” Whether the vacillation of a Nebuchadnezzar or the insanity of American party politics, our Lord’s wisdom is quite a welcome relief from our various Babylons! And he will be a truly righteous and just king. This is certainly a contrast with even the best of Babylon’s rulers. We long for true justice. We long for things to be set to rights. And Christ’s reign does just that. Indeed, at its best, Christendom is a shadow that points to how good it is when Christ is King. The pagans didn’t see intrinsic value in people. But Jesus does, which is why we have hospitals and schools and orphanages in places with a Christian heritage.

But we need more than good society. Verse 6:

In his days Judah will be saved, and Israel will dwell securely. And this is the name by which he will be called: the LORD our righteousness.

In perfect righteousness and justice, we also are in trouble. As we say in our General Confession from the Offices, “We have left undone those things which we ought to have done; And we have done those things which we ought not to have done; And there is no health in us.” We all offend against God’s perfect Law, even after we are baptized Christians. But in saving God’s people, the Messiah is called “The LORD our righteousness.” Our God and King himself is our righteousness, because ours is damnably insufficient.

Commenting on this passage, Lancelot Andrewes, one of most important Anglican bishops of the 17th century, and a key translator of the King James Bible, observed that they are two kinds of righteousness in the Bible, one that is based on what we do under good influence, and one that is based on the Judge’s pronouncement. He writes:

The one [is] ours by influence or infusion, the other by account of imputation. … The question is, which of these meanings does the prophet intend? … [In this verse] the prophet speaks of one who is a king exercising his royal judicial power, and also of a king sitting down to execute judgement, and this he tells us, before he thinks proper to tell his name. Before this king thus sits down [on] his throne, to do judgement, the righteousness that will stand against the law, our conscience, Satan, sin, the gates of hell, and the power of darkness, and [thus] so stand that we may be delivered by it from death, despair, and damnation; and therefore to life, salvation, and eternal happiness. That is righteousness indeed; this is the righteousness we seek for, if we may find it.

In other words, Christ places his righteousness on us, a divine righteousness, so that the Divine Judge may declare us truly righteous. It is only then that we may (as the Collect says) “plenteously [bring] forth the fruit of good works” by living according to God’s righteous Law.

The salvation promised with the coming of the Messianic Branch would be so great that it would overshadow the Exodus from Egypt. When you read the Old Testament, you see that the Exodus is the defining event of Israelite identity. But the Cross is a greater Exodus, a greater rescue mission to bring God’s people out of slavery, the true rescue mission of which the Exodus was just a type and foreshadowing. Just as the Israelites passed through the Red Sea, so now, the Lord brings us through the waters of Baptism, out of all of our countries, and into his own kingdom.

Next week we begin Advent, a time of expectation in the Exile for the coming of this promised King who is called here “The LORD our Righteousness.” And as the Israelites awaited the Messiah before his first coming, so do we eagerly and expectantly await his second coming. This is why our Collect prays that the Lord would stir us up.

But it’s also the beginning of the Christmas season in the wider society. Chances are, some of you have already put up your trees. And we’ve all probably heard the first strains of seasonal music! Like the reminder of Stir Up Sunday to get the Christmas pudding mixed and prepared, this seasons is a reminder for many of our neighbors that there is something or Someone bigger than them. Even as he told them to await and expect the Messiah, Jeremiah also told the Israelites to bloom where they are planted, and to seek the welfare of Babylon. We can do the same by introducing our neighbors to our Returning King. Indeed, those cultural remnants of Christendom have already built the bridge in this our Babylon during the Christmas and Advent seasons.

So may we be stirred up by the Lord, and then go out and stir up our neighbors, always pointing back to the Righteous Branch, our Lord Jesus Christ.