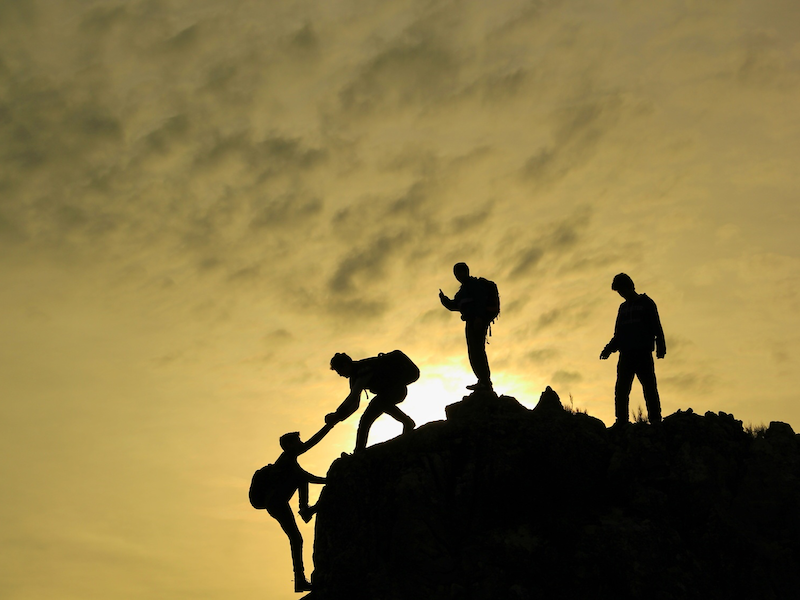 As many of you know, when I was younger, I spent about 15 years in Messianic Judaism, a Christian movement that emphasized the Jewish roots of the faith. This means that we worshipped on Friday night or Saturday, our liturgy was centered on the annual cycle of reading the Torah, and our calendar was based on the Old Testament cycle of feasts and fasts.

At our congregation, one of the most joyous times of the year was during the autumn celebration of Sukkot or the Feast of Tabernacles, the Feast of Booths. During Sukkot, many people would make temporary shelters in their yards out of cheap wood, hang fruit from the bamboo or wicker roof, eat outside, and generally have a good time for the 8-day feast, commemorating God’s provision for the Israelites during the 40 years in the wilderness. At the congregation, we’d usually have a cookout, and make a procession of sorts singing songs and reciting the Psalms of Ascent. One year, we even hosted a music festival at Rosedale Park with all the Messianic Congregations and several other church groups. In fact, John Mack and I were talking a while back and realized that we were both at that same event about 15 years ago!

You see, Epiphany is historically one of the most important Feasts of the Church Year. Prior to the 4th Century, Epiphany celebrated a myriad of events. In the East, it commemorated the Nativity or birth of our Lord. Throughout the Church it commemorated the visitation of the Magi and revelation of Christ to the Gentiles (as it does for us today). It also commemorated Jesus’ visit to the Temple as a boy, the Baptism of our Lord, and the first miracle of turning water into wine. In short, it celebrated all the earliest events of the Gospel story. In our Prayer Book’s calendar, which became the traditional calendar for the entire Western Church by the 10th Century, we spread these later events over the first three or four weeks of the post-Epiphany season. And of course, the Western Church was celebrating Christmas separately by the end of the 4th Century. And each of these events is reminiscent of various elements of the biblical and 2nd-temple celebrations of Tabernacles. That is, the Church saw Tabernacles as foreshadowing these important events in Christ’s life.

For today’s specific purpose, the most significant aspect of Tabernacles that touches on Epiphany is the theme of God’s appearance or manifestation, particularly his manifestation to the Gentiles. The Greek word that comes to us as “epiphany” means just that: “appearance” or “manifestation.” Our Collect sums up this theme for us (page 107 in your Prayer Book):

O God, who by the leading of a star didst manifest thy only-begotten Son to the Gentiles; Mercifully grant that we, who know thee now by faith, may after this life have the fruition of thy glorious Godhead; through the same thy Son Jesus Christ our Lord. Amen.

The Magi, or wise men, we read about in today’s Gospel are not Jews. They are not Israelites. They are foreigners, Most likely pagan magicians, priests, or astrologers. Nevertheless, God miraculously brings them to Jesus by the star they followed from the East. Matthew 2:1 (page 108 in your Prayer Book)

Now after Jesus was born in Bethlehem of Judea in the days of Herod the king, behold, wise men from the east came to Jerusalem, saying, “Where is he who has been born king of the Jews? For we saw his star when it rose and have come to worship him.” When Herod the king heard this, he was troubled, and all Jerusalem with him; and assembling all the chief priests and scribes of the people, he inquired of them where the Christ was to be born. They told him, “In Bethlehem of Judea, for so it is written by the prophet:

“’And you, O Bethlehem, in the land of Judah,
are by no means least among the rulers of Juda;
for from you shall come a ruler
who will shepherd my people Israel.’”

I find it interesting that the Star only led the Magi as far as Jerusalem, giving Herod and the Jewish religious leaders a chance to hear the message. It really does seem that Herod and the Scribes realize the significance of the Star. It seems that they realize that it meant the Messiah had come. But, as we know from the rest of the story, Herod hardens his heart and wants to slay the Messiah rather than rejoice in the fulfilment of God’s promises. The scribes and chief priests similarly give the right answer out of the bible, but they don’t act upon it. No, of all those in the royal halls of Jerusalem, only the gentiles sought after the Christ.

This wasn’t the first time God had given a messianic vision of a star to a pagan magician from the East. In Numbers 22-24, Balaam is hired by the king of Moab to come from Babylon and curse the Israelites. But, led by God, he blesses them rather than curses. In his final oracle, Balaam says:

I see him, but not now;
I behold him, but not near:
a star shall come out of Jacob,
and a scepter shall rise out of Israel
it shall crush the forehead of Moab
and break down all the sons of Sheth.
Edom shall be dispossessed;
Seir also, his enemies, shall be dispossessed.
Israel is doing valiantly.
And one from Jacob shall exercise dominion
and destroy the survivors of cities!

This is, of course, a Messianic prophecy about the ultimate rule and reign of David’s heir, our Lord Jesus Christ. With that last part about Moab, Edom, and the like, it would be easy to think that the Messiah’s purpose was to destroy the gentiles. What we discover in Epiphany is that the Messiah would rather be revealed to the gentiles. In Zechariah 14, this revelation is tied to the Feast of Tabernacles, where in the “Day of the Lord,” all the nations, including those who had historically been Israel’s enemies “shall go up year after year to worship the King, the Lord of Hosts, and to keep the Feast of Booths” (14:16). Part of the coming of the Lord would be the gentiles worshiping Israel’s Messiah, worshipping Israel’s God.

John 7 tells of Jesus keeping the Feast of Booths, the Feast of Tabernacles. In Verse 37, Jesus was at the water-libation ceremony, one of the culminating events in 2nd Temple Sukkot practices. St. John writes:

On the last day of the feast, the great day, Jesus stood up and cried out, “If anyone thirsts, let him come to me and drink. Whoever believes in me, as the Scripture has said, ‘Out of his heart will flow rivers of living water.’” Now this he said about the Spirit, whom those who believed in him were to receive, for as yet the Spirit had not been given, because Jesus was not yet glorified.

First, don’t miss the baptismal imagery in this passage. St. John’s theological layers strike again! Second, note that the offer was open to anyone who thirsts. Anyone who thirsts is to come to Jesus. In the theologically similar passage with similar baptismal imagery from John 3:16, Jesus said, “For God so loved the world, that he gave his only Son, that whoever believes in him should not perish but have eternal life” (emphasis added). See the grand scope of Jesus’ mission! The offer is for anyone who thirsts. Jesus came because God loved the whole world. Not just Israelite. Not just Jew. Everyone, including pagan magicians from the East. Including me and you. Including your difficult neighbor, or estranged child, or annoying coworker, or hostile ex, just as much as he came for the innocent baby or selfless teacher or brave soldier.

This is the primary point of the Epiphany: Our Lord Jesus Christ, Immanuel, God-with-us, came to redeem and reconcile all who would hear his call. But remember that such a call requires a response. The Magi were called by the Lord through the Star, possibly through reading the Prophecies of Daniel or other biblical writings that came from a time when God’s people were exiled into the East. Then they saddled their camels, gathered gifts for worship, and made pilgrimage. In verse 10 of our Gospel passage, we see the end result of their journey:

When they saw the star, they rejoiced exceedingly with great joy. And going into the house, they saw the child with Mary his mother, and they fell down and worshiped him. Then, opening their treasures, they offered him gifts, gold and frankincense and myrrh. And being warned in a dream not to return to Herod, they departed to their own country by another way.

Earlier, they had followed signs, now they hear directly from God, after encountering God-made-flesh. In the first chapter of his gospel, St. John writes “the Word became flesh and dwelt among us.” That word “dwelt” means to pitch or live in a tent. That is, to tabernacle. Just as the Israelites had dwelt in tents in the wilderness, just as God’s presence rested in the Tabernacle when they camped during those journeys, so now had God taken flesh to tabernacle among his creation. God had become a pilgrim, just as the Magi were, just as the Israelites were, just as we are in this life.

During this Epiphany, remember your pilgrimage. Remember that Christ was your fellow pilgrim, come to tabernacle with us and lead all of his people to the Promised Land. And remember that when he returns, renewing this world into a New Earth, a New Eden, a New Jerusalem, he will permanently bring his dwelling among us, joining heaven and earth, the Lamb himself being our Temple. As the Prophet Ezekiel wrote at the end of the 37th chapter of his book:

My dwelling place [Hebrew: “my tabernacle”] shall be with them, and I will be their God, and they shall be my people. Then the nations [Hebrew: “the Gentiles”] will know that I am the Lord who sanctifies Israel, when my sanctuary is in their midst forevermore.

Come soon, Lord Jesus. In the Name of the Father, and of the Son, and of the Holy Ghost. Amen.