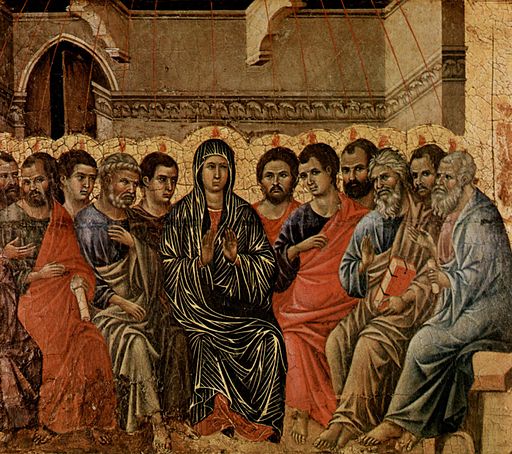 For anyone who is familiar with the Book of Common Prayer, the idea that we have two different lectionaries is well known. Regardless of whether you use one of the classical texts, like our 1928 American edition or one of the newer texts, like the 2019 ACNA or 1979 Episcopal editions, you know that we have a Lectionary for Communion on Sundays and Holy Days as well as a Lectionary for the Daily Offices. In the classical editions, the Sunday and Holy Day Eucharistic Lectionary is largely the same as it had been throughout the Western Church for several hundred years before the Reformation, and is generally thematic for the specific season or day of the Church Year. The Daily Office Lectionary, however, was designed to cover Scripture more systematically has undergone many, many changes.

From the time of the Reformation until the 20th Century, the Daily Office Lectionary was tied to the civil calendar: every January 1 the readings were the same, and worked their way in the course of the year, systematically through books of the Bible. The main change in the early 20th Century was for new editions of the Prayer Book to tie the Daily Office Lectionary to the Church’s Calendar. Now, every Monday in the first week of Advent was the same and the readings worked their way through the Bible, again, though the the course of the year. The general goal was the same: reading through the the majority of the Scriptures in the Daily Office, but the methodology was a bit different.

What many folks are not as aware of is that there is actually a third cycle of readings for much of the Prayer Book’s history: a separate cycle for Morning and Evening Prayer on Sundays. The Church realized relatively quickly that many folks could not make the Daily Offices during the Week, and a more thematic reading was desirable for Sundays. Again, different editions handled this third cycle differently. In the English 1662 edition, for example, there is a separate Old Testament lesson and Psalm for morning Prayer on Sundays and Holy Days that replaces the regular readings for those days. Alternatively, in our 1928’s current Daily Office Lectionary (revised most recently in 1943), we simply have a break from the regular course for all the readings every Sunday since we’re tied to the Church Calendar rather than the civil one. Indeed, we typically have a few options each Sunday to keep things fresh. An additional feature for that 1943 revision is that one of the Old Testament readings for Morning Prayer on Sundays will have a star or asterisk indicating that it is a reading chosen to line up with the Epistle and Gospel from the Eucharistic Lectionary!

Most of the time, the connection between the starred Old Testament lesson and the Eucharistic readings is pretty obvious. Today, however, was not one of those days! You see, the Old Testament Lesson we just read this morning is the starred lesson. And the New Testament Lesson was the Epistle reading from Holy Communion. The Old Testament Lesson was the Song of Hannah in 1 Samuel 2, where Hannah poetically thanks God for opening her womb and giving birth to the baby who would eventually become the Prophet Samuel. The Epistle, however, was a discussion of righteous living before the world from the First Epistle of St. Peter. On the surface, they seem to be completely unrelated. But on further examination, they both speak to the truth of God’s glory and sovereignty giving us a different perspective than the rest of the world.

Let’s begin with our New Testament lesson, 1 Peter 2, beginning at the 11th verse. You can also find this in the 1928 Book of Common Prayer on Page 173.

Dearly beloved, I beseech you as strangers and pilgrims, abstain from fleshly lusts, which war against the soul; having your conversation [i.e. conduct] honest among the Gentiles: that, whereas they speak against you as evildoers, they may by your good works, which they shall behold, glorify God in the day of visitation.

This difference of perspective begins by realizing that we are “strangers” and “pilgrims” in the world. As our Lord said, we are “in” the world, but not “of” the world. We are temporary residents. This world is not our home. As such, we should remember to look at the values of the world with some distance. Just because the rest of the world thinks something is good or right, doesn’t mean that it is. Like the Gentile world in St. Paul’s day, ours is very licentious and permissive sexually, for example. But Christians are to “abstain from fleshly lusts, which war against the soul.” Our primary concern is not for this life, but for the next. Our primary concern is not for the goods and comforts of our flesh, but for the good of our souls. As “pilgrims” we are to be somewhat detached from the cares of this life. This does not mean that we are to be irresponsible, but it does me that we’re different. The world’s cares are not our cares because we are set apart.

But it’s important to remember that we’re not simply set apart from the world, but we are also set apart for the glory of God. That’s what it means to be holy. And because of that, we are to live our lives righteously. The Christian ought to live a life that causes folks to see that there is beauty and goodness in following Christ. In the Early Church, this was shown by the Christians’ regard for all human life, including women, children, the poor, and others who greater society dismissed. We rescued unwanted babies from exposure. We opposed blood sports. When plagues were raging through the cities, the Christians risked their lives to take care of the sick, while the pagans ran away and left the sick to die. And this sort of conduct on the Christians’ part led many to leave their gods and follow our Lord.

And this, in turn, changed the world. Hospitals, orphanages, universal education; all these things came about because of Christianity. 19th Century Oxford Father Melville Scott called this the “Duty of Example.” In his commentary on this passage he writes:

[The Christian] is only to condemn the world by showing it something better, not by abuse of it. He will best show what is wrong by doing what is right. Christianity works not by revolution, but revelation, and the Christian is so to live that the world shall confess that the Christian life is truly beautiful (honest), and a sure comfort and stay in times of sorrow and anxiety—“in a day of visitation.”

This difference, this aspect of being set apart for God’s glory, also has an impact on how we deal with the State and civil authorities. That is, it has political ramifications, even as it ought to distance us from the world’s over-emphasis on politics. Verse 13:

Submit yourselves to every ordinance of man for the Lord’s sake: whether it be to the king, as supreme; or unto governors, as unto them that are sent by him for the punishment of evildoers, and for the praise of them that do well. For so is the will of God, that with well doing ye may put to silence the ignorance of foolish men: as free, and not using your liberty for a cloak of maliciousness, but as the servants of God. Honour all men. Love the brotherhood. Fear God. Honour the king.

And yes, this applies, even when the earthly authorities are wicked men and women, even when we strongly disagree with them. While we certainly cannot follow them into sin, their wickedness or foolishness is no excuse for Christians to become rabble rousers or rebels. It is significant that St. Peter wrote this epistle during a time of persecution to people that were being persecuted. Just as Jesus suffered for righteousness’ sake, so was St. Peter’s original audience. And sometimes we must do the same.

This is also an aspect of our Christian freedom. Because we are free in Christ, we can realize that God will ultimately take care of the earthly powers; those who abuse their power will indeed get their just deserts, whether in this world or in the World to Come. As we confess in the Creed, “He shall come again in glory to judge both the quick and the dead and his kingdom shall have no end.” So we obey the earthly authorities, not because we’re afraid of them or complacent, but rather because we are honoring God.

Granted, this looks different in different civil contexts. As Americans we live in a Republic with representative democracy, giving us a voice. That gives us certain rights and responsibilities unique to our context. That said, notice how St. Peter concludes our passage by saying “Honour all men. Love the brotherhood. Fear God. Honour the king.” All men and the king are to be honored. All are to be treated equally in our eyes. We are to especially love our fellow Christians as brethren in Christ. And to God only is due our ultimate fear. Ultimately the world is not our master, only God is. That means that the self is also not our master. Our duty is one of service, honor, and respect, preferring others above ourselves. Why? Because we can trust God to take care of the details, to bring about true and ultimate justice, and to vindicate any wrongs done to us for righteousness’ sake.

And this is where the Song of Hannah comes into play. Those who are familiar with Evening Prayer and the Christmas Story may recognize echoes of Hannah’s song in the Song of the Blessed Virgin Mary, Magnificat. Both speak of God putting down the mighty and vindicating the weak. Both have been seen as something of revolutionary cries by literary analysts. But neither are revolutions incited by these righteous women. Neither are protests in the streets or rebellious anthems. Rather, both are songs of praise by women who had suffered and then been vindicated by God. The proud had been cast down; the humble had been raised up.

And this vindication was not merely personal vindication. These are not selfish songs. No, they are songs that find their vindication in God’s sovereignty. They are songs that praise God’s goodness in giving us a glimpse of that ultimate justice and faithfulness. If you read on in 1 Samuel, you see that Hannah dedicated her boy to God’s service, and he would become one of the greatest prophets in the Old Testament, the very prophet who would anoint David as king and usher in the dynasty that would lead to the Messiah. And, of course, Our Lady’s song in the Magnificat recognizes that the Messiah has indeed come. Our Lady knew that God had now become flesh and would begin to set all things to rights.

In our Collect we addressed God as the one who brings us out of error by the light of his Truth. We addressed God as the one who would lead us into righteousness. And we prayed that he would help us to live our lives accordingly. We prayed that God would purge us of those things that are contrary to our faith: things like rebellion, pride, and the lusts of the flesh. We prayed that God would establish those things that are consistent and agreeable to our faith: things like obedience, humility, and holiness. We concluded with by praying this through our Lord Jesus Christ. That is, these things are accomplished by and through our King, the promised Messiah, the God-man, our Prophet, Priest, and King, who died and rose again for us and our salvation.